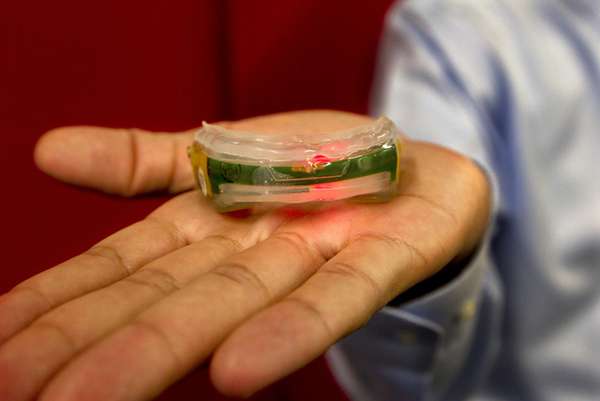 These football mouthpieces, which are equipped with tiny sensors, contribute to the understanding of concussions and how they are caused, says TechNewsDaily. Through the use of accelerometers and gyrometers, the mouthpieces measure the force of linear and rotational impact to the head. This allows researchers and coaches to better grasp which football positions or plays carry greater risk of traumatic brain injury. Data from the devices are transmitted to computers, which are monitored by the football team's head trainer during games and practices.

Currently, researchers do not know where a head's "concussion zone" is. Thus, these football mouthpieces offer insight into the correlations between force and location of impact.
1.8
Score
Popularity
Activity
Freshness
Attend Future Festival Virtual