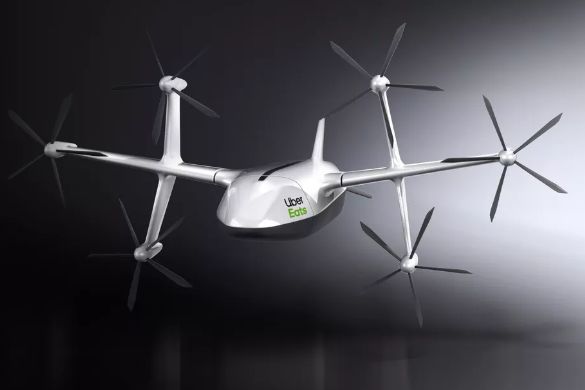 Daniel Johnson — October 30, 2019 — Business
References: uber & theverge
Uber has revealed the new design for its food delivery drones. Most notably the new design has six rotors, which will help the drone go from take-off to flight. Uber currently has the food delivery drones scheduled for testing in 2020, where the drones will deliver food for Uber Eats. The drones have passed Uber's design review process, and have also received approval from the Federal Aviation Administration.

Another important design feature is rotating wings, which are more often seen in flying car designs than drones. Uber stated it decided to include rotating wings because the wings can help for take-off and landing, then be rotated during flight.