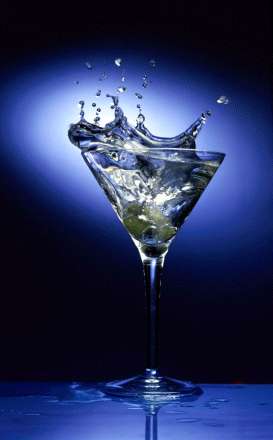 "Ingredients in the costly cocktail include a large measure of Louis XII cognac, half a bottle of Cristal Rose champagne, some brown sugar, angostura bitters and a few flakes of 24-carat edible gold leaf, according to The Guardian," the Mail said.

"But the real extravagance is an 11-carat white diamond ring - which can be found at the bottom of the glass.

"And customers buying the exorbitant cocktail won't go unnoticed. Two security guards will be on watch as the drink is prepared and watch over the client's table until the last sip."

No doubt this will be the engagement method of choice for some of London's most affluent this season! Undeniably memorable, just hopefully not as the night your wife-to-be chocked on a massive diamond. Hopefully the security guys are up to par on their Heimlich.