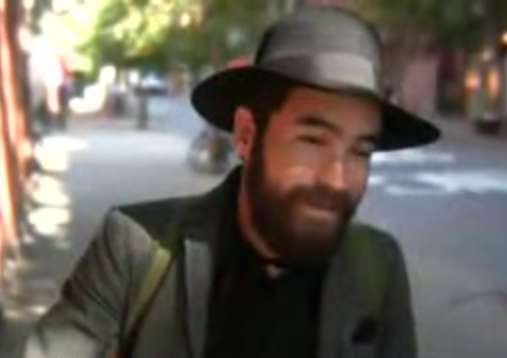 Set to the dulcet tones of Louis Armstrong, the responses in 'Fifty People One Question' vary tremendously. Some have simple wishes, like the man who wants a girl to call him back, or the woman who wants a particular man to notice her at an upcoming wedding. One of the Asian women in the trio would like to have better English. And the man in the third photo didn't have a wish at all; he instead shared with the cameraman that he had colon cancer that had spread to his lungs.

'Fifty People One Question' paints a brief picture of humanity using hope--one of its simplest ideals. For some individuals, their hope was encompassed in Barack Obama, a new pair of shoes or a new job. For others, their wish included broader terms like happiness, success and money. And for the man with colon cancer, his lack of hope was equally poignant.
0.5
Score
Popularity
Activity
Freshness
Attend Future Festival