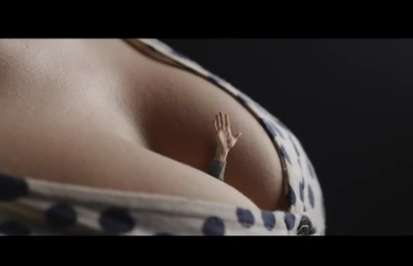 This Argentinean car commercial starts off with a couple driving in a car and stopping to get out, when the woman turns to her spouse to have a serious conversation. She starts by saying she wants to get a boob job, but is conflicted because her man hates breast implants, as he makes distasteful comments every time he sees it on television.

The man then proceeds to support her in her decision and says "well, if you want to." Then, he has a blissful moment to himself, daydreaming about the goodies he will soon have. In his daze, he dreams of diving into a perky set of breasts.

This Fiat commercial is a hilarious way of advertising that reels in attention with humor.
3.8
Score
Popularity
Activity
Freshness
View Innovation Webinars