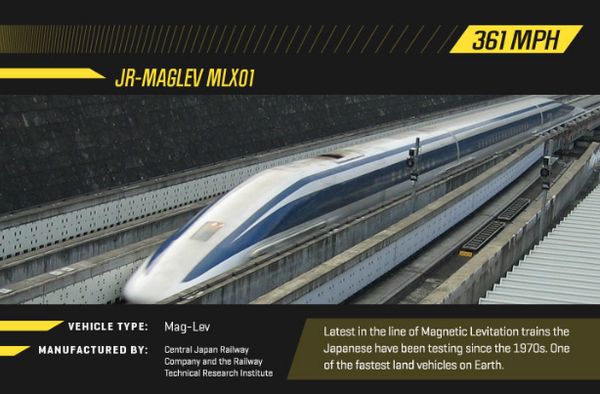 For one, electric vehicles have the added advantage of instant torque, since no clutch or transmission is used. This has meant that some vehicles charged by electricity can reach some pretty incredible speeds. The JR Maglev MLX01 bullet train in Japan, for example, can reach top speeds of up 361 mph. Not far behind the Train à Grande Vitesse, the French train switched from its original design to run on gas turbines to electricity, and can now hit 357.2 mph. This is followed by the custom-built Venturi Buckeye Bullet 2.5 car, which looks like a rocket on land, at 307.7 mph.

Electric vehicles, though, remain a relatively expensive and inefficient commodity from an infrastructure standpoint, given the lack of electric charging stations, according to the fastest electric vehicle infographic. Nonetheless, the fact that an electric bar stool racer, which is exactly how it sounds, can reach speeds of up to 54 mph gives us hope for the future.
2.6
Score
Popularity
Activity
Freshness
Jeremy Gutsche Keynote Speaker