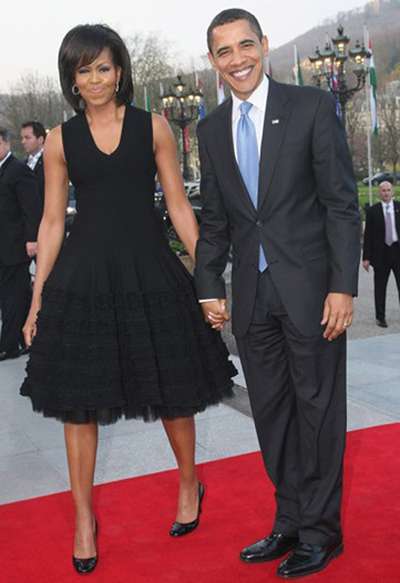 While fashion icon Michelle Obama has become renown for her clothing choices in the US (boosting J.Crew’s brand appeal more than any other celeb endorsement we’ve ever seen), she’s cranked up the class in Europe and added a few more designer labels to her overseas garb including Azzedine Alaia, Isabel Toledo and of course Jason Wu, the designer of her inauguration gown.

Not only did she wow Europeans with her sartorial selections, but Michelle Obama hugged all sorts of people, bringing a public affection “that no American first lady has done since Jackie Kennedy’s visit in 1961,” according to the Times.