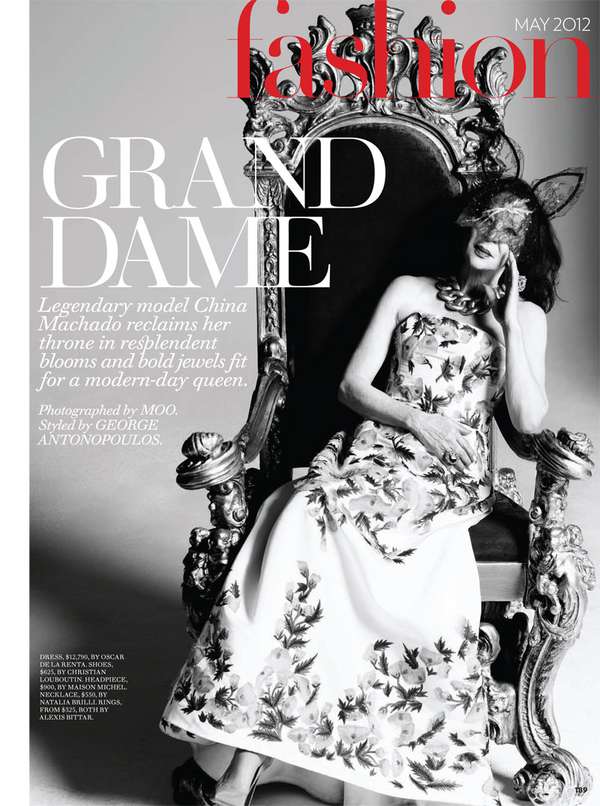 Meghan Young — June 12, 2012 — Fashion
References: fashionmagazine & fashiongonerogue
Share on Facebook Share on Twitter Share on LinkedIn Share on Pinterest
The images featured throughout the Fashion Magazine 'Grand Dame' editorial may seem jarring at first. That is because it shows off the fashion of today on a model of yesterday. Striking rather youthful poses, the legendary China Machado, who was once the muse of American photographer Richard Avedon as well as a house model for Dior and Givenchy, proves that she still has what it takes to be in front of the camera.