Fashion Designers as Actors
Next
Set of
Related
Ideas 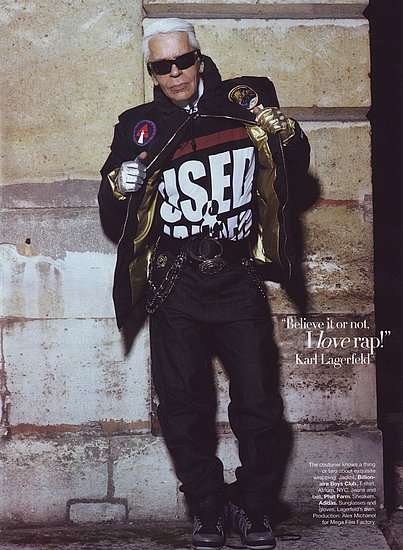 The larger than life Lagerfeld chose to pose as a hardcore rapper. That entailed Phat Farm jeans and untied shoelaces!

“Believe it or not, I love rap,” Lagerfeld told Bazaar.