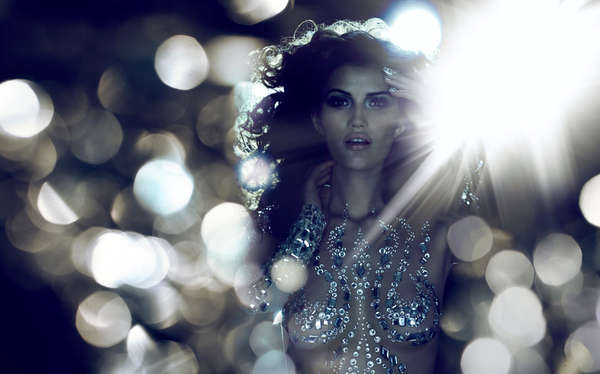 Meghan Young — August 28, 2012 — Fashion
References: fashioncares & fashiongonerogue
Share on Facebook Share on Twitter Share on LinkedIn Share on Pinterest
The Fashion Cares 25th Anniversary ad campaign celebrates a huge milestone for this organization. Filled with bokeh lights blurring in the background and sparkling barely-there outfits, the images themselves look like celebratory fireworks, which is certainly appropriate. Incredibly stylish, if in more of a theatrical way than a practical one, the campaign acts as the beacon this charitable company has become for many.