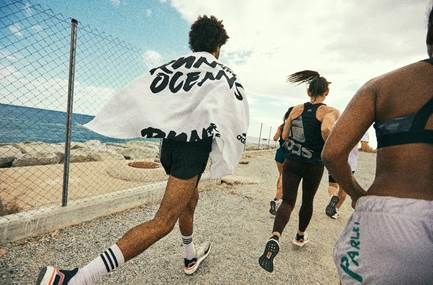 Grace Mahas — June 18, 2019 — Eco
References: parley & adidas
Share on Facebook Share on Twitter Share on LinkedIn Share on Pinterest
adidas recently launched a new campaign with Parley to empower those facing climate change hardships. The launch of this campaign is in collaboration with the 2019 Parley range, which will produce 11 million pairs of sneakers that were created from upcycled ocean plastic.

This initiative stems from the $1 million raised from 'Run For The Oceans' in 2018. Run For The Oceans helps to unite runners from around the globe to raise funds for the Parley Ocean School programs. The organization seeks to educate and empower 100,000 individuals whose lives have been affected by plastic pollution. According to the website, "For every kilometer completed between June 8 and 16, adidas will contribute $1 to Parley Ocean School programs, with every dollar going towards the next phase of the partnership with the development and launch of the Parley youth activist platform." adidas hopes to encourage and unite more runners than ever before to Run For The Oceans this year.