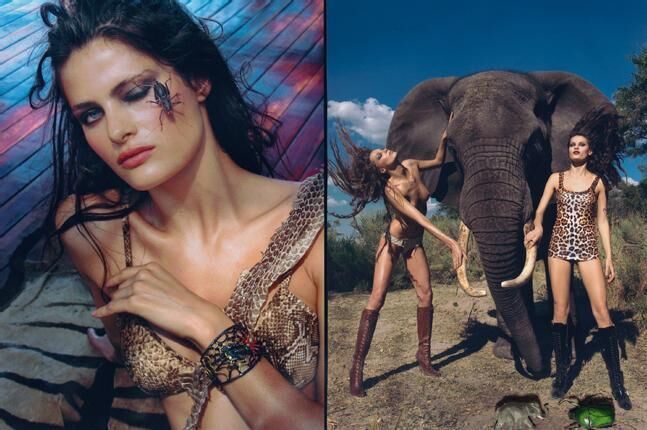 The shoot, which includes only women, took place in a remote area called Okavango Delta, located in the Southern African country of Botswana. Famed fashion photographer Peter Beard was given the assignment by Pirelli this year.

I usually frown upon these sort of things because I feel that these fashion shoots in so-called “exotic” and semi-remote areas interfere with human and animal habitats.

Having said that, the collection of photos, many of which could not be displayed here, is really exceptional as we are given a glimpse of the stunning natural beauty of the Okavango Delta.