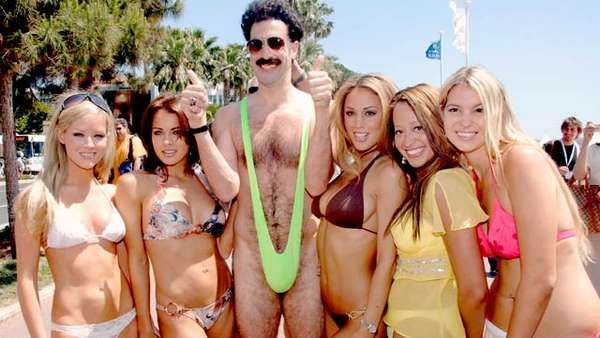 The English Oxford Dictionary Officially Inducts Retweet, Sexting and Others

Omar Yusuf — August 20, 2011 — Business
References: mirror & thenextweb
Share on Facebook Share on Twitter Share on LinkedIn Share on Pinterest
The purveyors of the Anglo-Saxon tongue, the scholars of the English Oxford Dictionary, have mercifully chosen to canonize a handful of net words into the common vernacular. Rejoice! Finally, we have the freedom to say "retweet" without being chided by stricter Anglophones.

The English language has the distinction of being the fastest-growing language on the planet. As new technology and devices are incorporated into everyday life, Anglophones are quick to coin new phrases and use them prolifically. Among the new idioms inducted into the English Oxford Dictionary are sexting, cyberbullying, jeggings, and of course mankini, the male-only bikini made famous by Borat.

The current iteration of the dictionary includes 171,476 separate entries. This pattern of quickly inaugurating new words into the language is still new and expanding at an alarming speed. After all, Twitter was only launched in 2006 and we're already retweeting without fearing our stern English teachers.
5.9
Score
Popularity
Activity
Freshness
Get Trend Hunter Dashboard