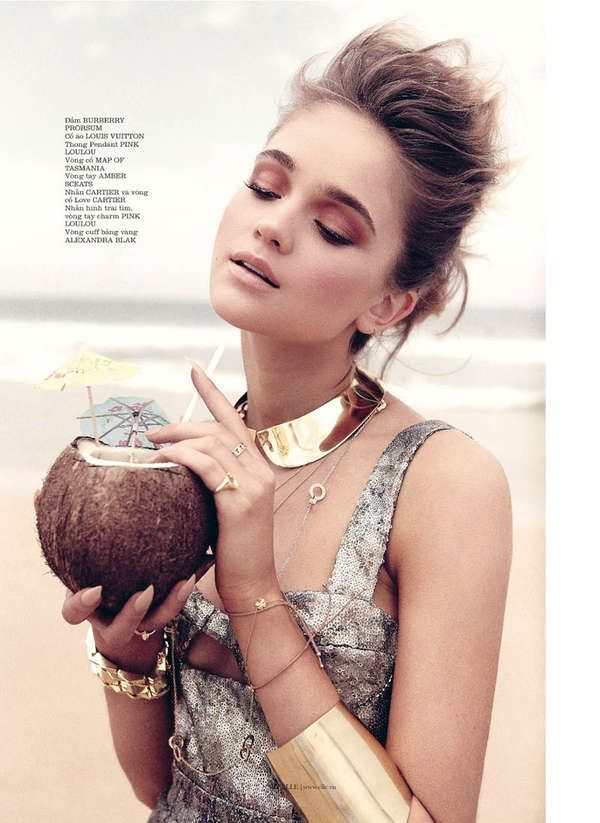 Meghan Young — June 5, 2013 — Fashion
References: elle.vn & fashiongonerogue
Share on Facebook Share on Twitter Share on LinkedIn Share on Pinterest
The beach is often a place for casual and, necessarily, skimpy outfits, which happen to not make an appearance in the ELLE Vietnam June 2013 editorial. In place of cutoff denim shorts, breezy coverups and vibrant bikinis, the photoshoot showcases posh looks that would be just as appropriate on the streets of Paris as they are on the sands of Bondi beach, perhaps more so.

Coincidentally titled 'On the Bondi Beach,' the ELLE Vietnam June 2013 editorial stars model Rosie Tupper. The Australian beauty was shot by photographer Matthew Ryder and outfitted by stylist Sarah Bonett. Clad in designer labels including Chanel, Louis Vuitton, Sass and Bide and more, she is a glamorous summer babe. The sequins, metallic and checkers were complemented with a voluminous updo and full makeup.
6.1
Score
Popularity
Activity
Freshness
Get Better and Faster