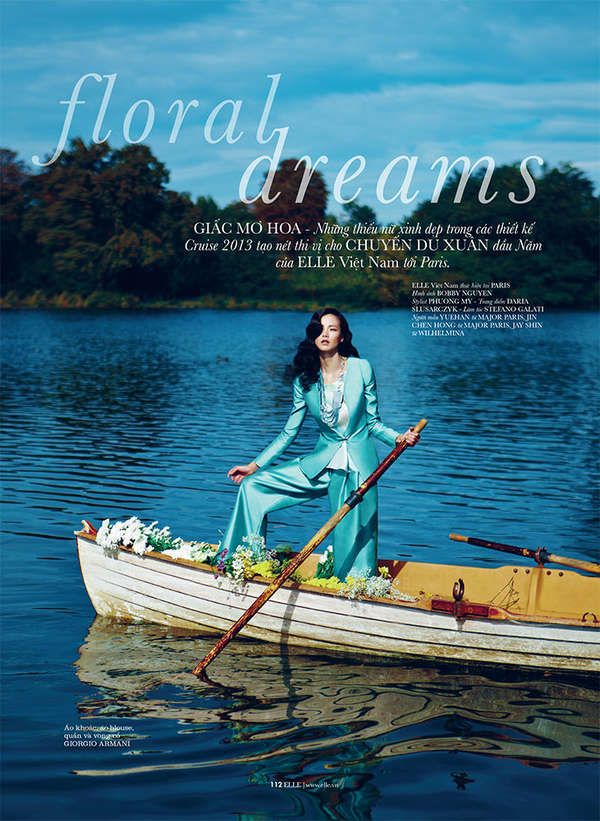 The ELLE Vietnam 'Floral Dreams' Editorial is Exotic and Serene

Meghan Young — January 25, 2013 — Fashion
References: elle.vn & fashionising
Share on Facebook Share on Twitter Share on LinkedIn Share on Pinterest
The ELLE Vietnam 'Floral Dreams' editorial is full of exotic whimsy. Although it may look like it was shot in some sort of hidden paradise, the wooden boats do appear to be traditionally Vietnamese. Nevertheless, the boaters are far from the ragged merchants that usually steer them. Instead, they look like gorgeous water nymphs taking a vacation from the blue depths of their home.