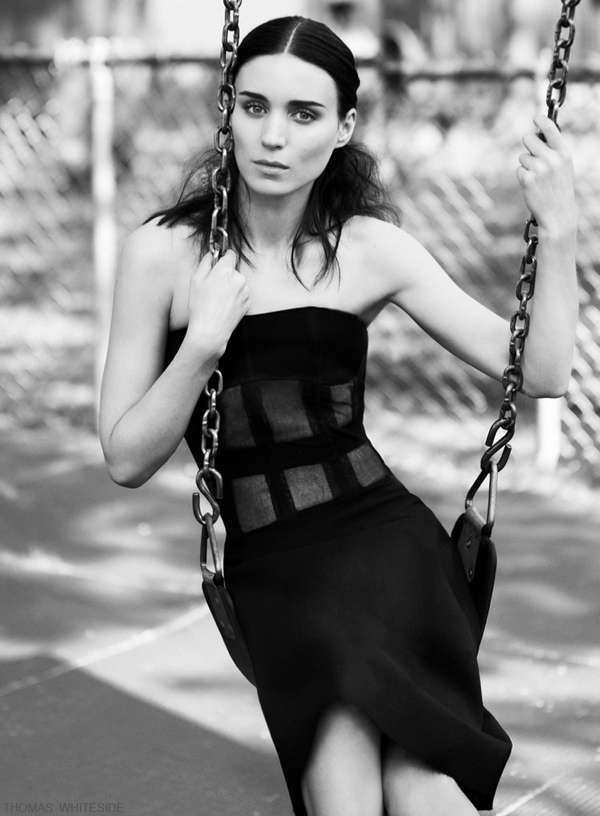 Meghan Young — August 28, 2013 — Fashion
References: elle & fashiongonerogue
Share on Facebook Share on Twitter Share on LinkedIn Share on Pinterest
The ELLE US Francisco Costa editorial is effortlessly elegant and quietly musing, just like the fashion house it is highlighting: Calvin Klein. Starring the brand's latest muse, actress Rooney Mara, who is the face their Downtown fragrance, the Calvin Klein designer cosies up in one image, albeit in a very stoic manner.

Shot entirely in black and white by photographer Thomas Whiteside, the ELLE US Francisco Costa editorial is set to appear in the September 2013 issue of the American publication. In the accompanying article, the designer talks about being ten years at Calvin Klein, a new fragrance and finding his consummate muse.

The ELLE US Francisco Costa editorial was styled by Joe Zee. The looks were perfected with barely-there makeup and a tousled tresses.
4.7
Score
Popularity
Activity
Freshness
Attend Future Festival