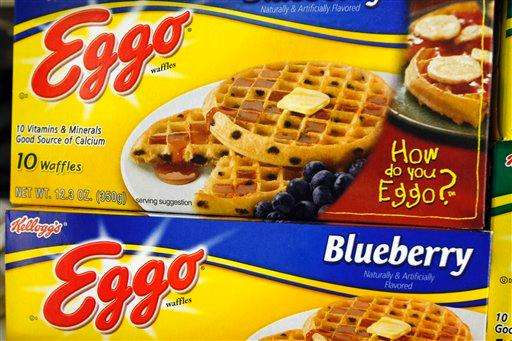 Eggo Waffle Shortage Shouts "Leggo My Eggo, It's the Only One Left!"

Katie Cordrey — November 22, 2009 — World
References: abcnews.go & sanluisobispo
Share on Facebook Share on Twitter Share on LinkedIn Share on Pinterest
According to news releases this week, an Eggo waffle shortage is likely to continue until mid 2010. Waffle-producing operations have been shut down at multiple production plants because of a variety of problems including bacterial contamination, rain, and facilities’ damage. The lack of the popular breakfast food on store shelves has caused quite a stir on the Internet and has been fodder for late night comedians.

The Kellogg company is working to address the waffle shortage, however: “We are working around the clock to restore Eggo store inventories to normal levels as quickly as possible,” spokeswoman Kris Charles wrote in a public e-mail.