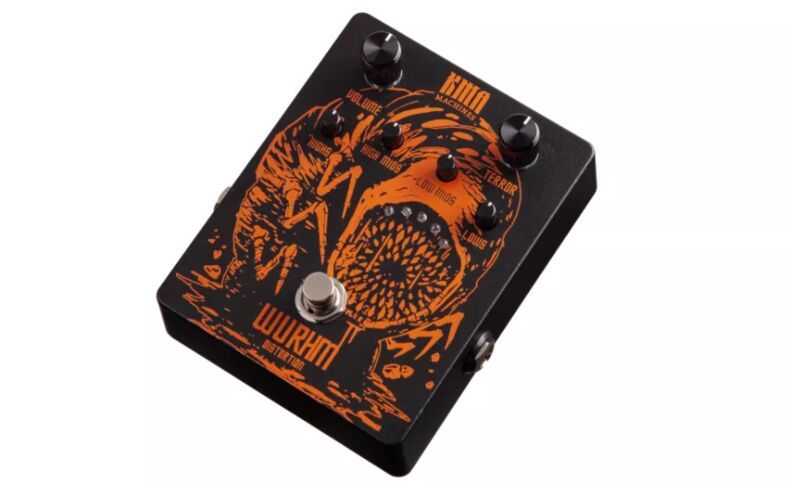 Rahul Kalvapalle — November 9, 2021 — Tech
References: kma-machines & musicradar
Share on Facebook Share on Twitter Share on LinkedIn Share on Pinterest
In the span of only a few years, Germany-based KMA Machines has established itself as one of the most exciting new brands in the musical instrument effects space, and the company is now boldly looking to expand on its credibility with the introduction of a limited-edition set of effects pedals that combine magnificent sound and spectacularly eye-catching design.

The 'WURHM' distortion pedals are based on the company's highly venerated Boss HM-2, and borrow its predecessor's unabashedly bold and brash sound effects. However, in addition to off-the-chains distortion and unleashed sonic creativity, these particular effects pedals also feature an orange and black design that give it a stunning visual presence in the jam space, at the studio and on the stage.

Available for $249.99, these effects pedals are targeted to guitarists who want an added avenue for expression in terms of both musicality and stage presence.