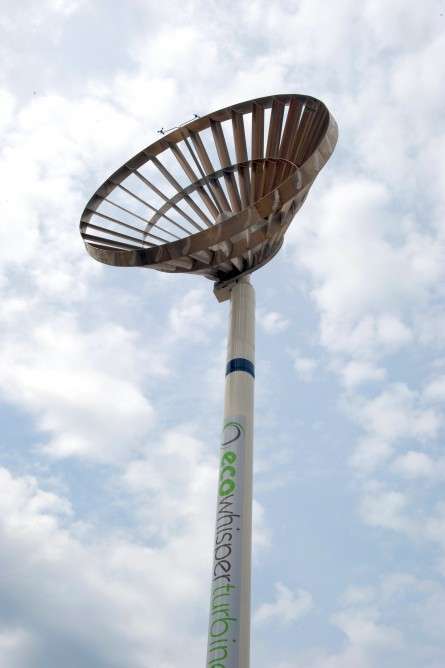 True to its Name, the Eco Whisper Generates Clean Energy Minus the Buzz

As wind trails from the tri-blades of the conventional turbine, it tends to create a loud buzz, which tends to irritate or even disrupt the daily lives of nearby farming communities. As an alternative, the Eco Whisper is composed of over 30 smaller blades, each of which has had its tip covered by a noise-reducing cowl ring. Best of all, the blade caps boast a unique shape which allows the turbine to turn in the direction of the wind, eliminating the need for a massive supporting stock. The designers at Solutions Australia Holdings Ltd. designed the structure on a smaller scale to allow for an intuitive crane system, allowing the Eco Whisper to be easily lowered for upkeep and during harsh weather conditions. Though there's no word yet on when the Eco Whisper will be commercialized, here's hoping it's sooner rather than later!
1.9
Score
Popularity
Activity
Freshness
Get Better and Faster