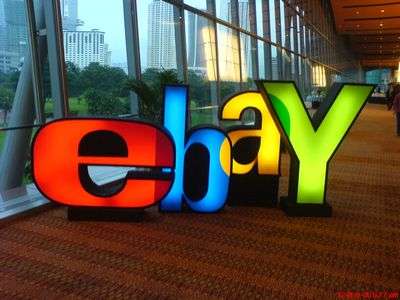 Going Like Sixty — February 7, 2008 — Pop Culture
References: ebay & news
eBay sellers are pretty miffed after a new rule regarding comments was put into place after some users abused the system.

eBay doesn't like that sellers have been gaming the system in order to influence the buyers' abilities to participate.

If you are given three negative comments by a seller, then you are banned from the site forever. Now eBay has changed the rules and will not allow negative feedback by sellers which has really upset sellers who insist it's not fair.

One avid eBay user, aneumann.250 said, "I wanted to leave neutral feedback once because I wasn't 100% satisfied, but they made it so difficult to leave a comment. They had big warning signs saying, 'are you sure you want to do this?'

"I've left far more positive feedback than was really warranted in some cases. If a transaction wasn't satisfactory, I should be able to say something too. What's the point in having a feedback system if it's not going to be honest? If we're just going to be throwing compliments at each other, what's the point?"

"I think sellers should have an opportunity to leave feedback if a buyer doesn't make payment according to the agreement that was made, or delays payment. Whenever someone doesn't keep their end of the bargain, I think it should be fair for them to leave negative comments. It holds everyone accountable and honest."
1.4
Score
Popularity
Activity
Freshness

40 Reasons the Internet is Preferred Over Sex