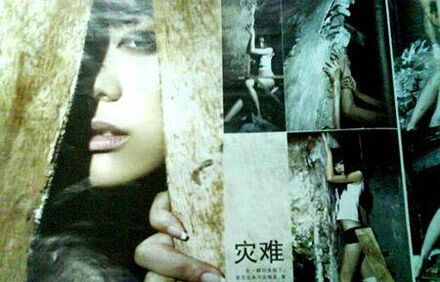 New Travel Weekly published a racy photo shoot of models, some wearing nothing more than underwear, posing among the debris of a fallen building. The message they seemed to convey was one of sexuality, not of remorse, shock or sorrow. As a result, it's being harshly criticized for â€œseverely violating social morality, and causing extremely negative social effectsâ€.

The Xinhua news agency confirmed the magazine has been closed and the editors fired.

The Australian adds, â€œMost leisure venues closed throughout China during the days of mourning that ended yesterday, and television channels showed only news of the earthquake and the relief effort.â€

The May 12, 2008 earthquake shook the entire nation, in every sense of the word. Take a look at some of the other things that have arisen in the aftermath of the 7.9 magnitude natural disaster: