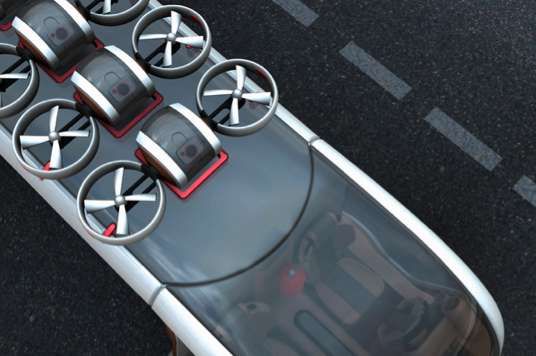 In long-distance running, bicycle racing like the Tour de France, and large-scale sailing regattas like the Americas Cup, press boats and vehicles usually have to trail behind the action to snap a good picture or capture a video of the action. The benefit of these tiny flying robots is that they're quick, nimble and they stay out of the way.

Inspired by bumblebees, Drones by Sebastian Russ have been conceived to charge up and buzz around, keeping tabs on competition participants. The designer has even developed a concept for the land and water carriers that will transport the androids to the site, and build their battery life back up once it's drained.
2.3
Score
Popularity
Activity
Freshness
Access Advisory Services