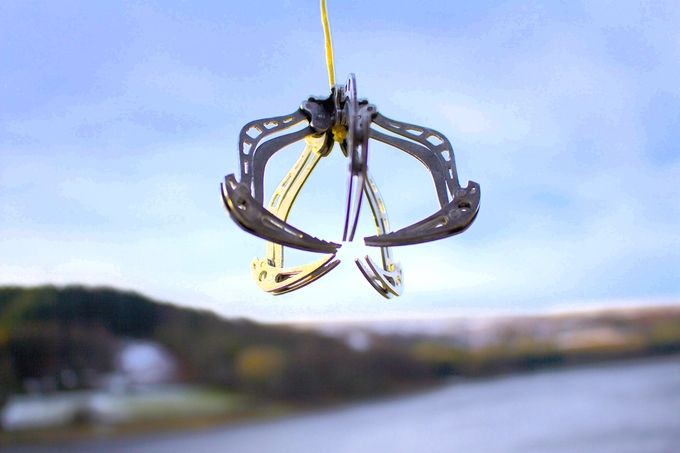 The Mantis Drone Claw Turns Your Drone Into a Grasping Tool

Rahul Kalvapalle — December 4, 2015 — Tech
References: kickstarter & gizmag
Share on Facebook Share on Twitter Share on LinkedIn Share on Pinterest
The Mantis Drone Claw is a highly innovative grasping tool, developed by British mechanical engineering graduate Ben Kardoosh, that is designed to make it possible for you to give your beloved drone the ability to pick objects right up of the ground.

The claw itself hangs on a Kevlar cord and features five hinged metal talons, which open up around objects that they are lowered down onto. When pulled back up, they automatically close while holding the object in their grasp.This claw works in conjunction with a wide variety of objects.

Drones haven't been along for very long, but the Mantis Drone Claw is an example of an innovation that adds a whole new layer of utility. It could be used for interactive marketing campaigns, construction projects, bomb defusal and much more.