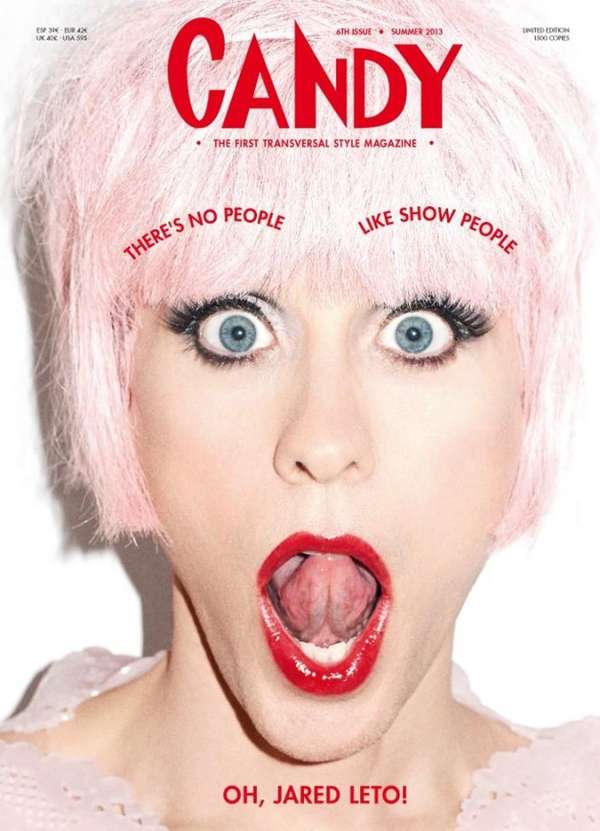 Jared Leto Gets Dressed in Drag for This Candy Magazine Shoot

These gender-bending photos are fantastic because Leto really does look like a completely different person (or a whole new woman, in this case). Leto poses fiercely in this funky fashion editorial, embracing his feminine makeover. In one shot, he's seen standing with one arm outstretched behind his head, looking longingly at the viewer. In another shot, Leto runs his fingers through his fake blond locks in a sassy manor that grabs the audience's attention.

These fiery photos are proof that Jared Leto is a sex symbol whether he's dressed in drag, or a t-shirt and jeans.
4.8
Score
Popularity
Activity
Freshness
Get the 2021 Trend Report FREE