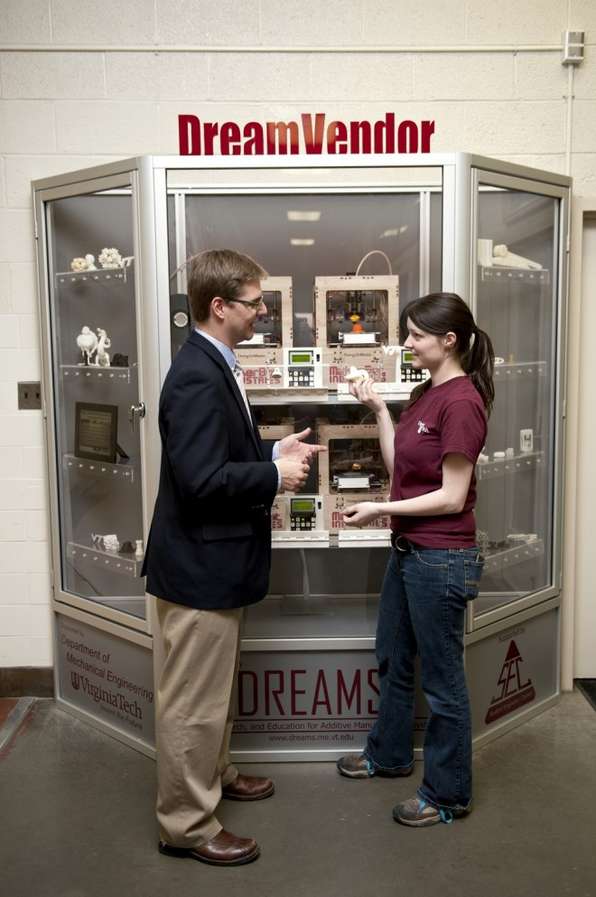 The DreamVendor 3D Printer is Next Wave in Digital Print Products

Jennifer Gosnell — May 23, 2012 — Tech
References: dreams.me.vt.edu & wired
The surprisingly simple-to-use DreamVendor 3D Printer created by Dr. Chris Williams of Virginia Tech's DREAMS Lab and Amy Elliot, is revolutionary to the world of printing. Attempting to transform the printing process to be as similar as possible to current printers, the 3D printers operate under similar instructions. Though it takes a while -- described as a "plodding pace" -- the printer is still extraordinary.

Students have gotten more and more involved with the process out of simple curiosity. The fascinating device aims to be user-friendly, hoping to be more so as the designs continue. Though it is not the first 3D printer, it is the most user-friendly, thereby making it the first to be available to the public.
2.4
Score
Popularity
Activity
Freshness