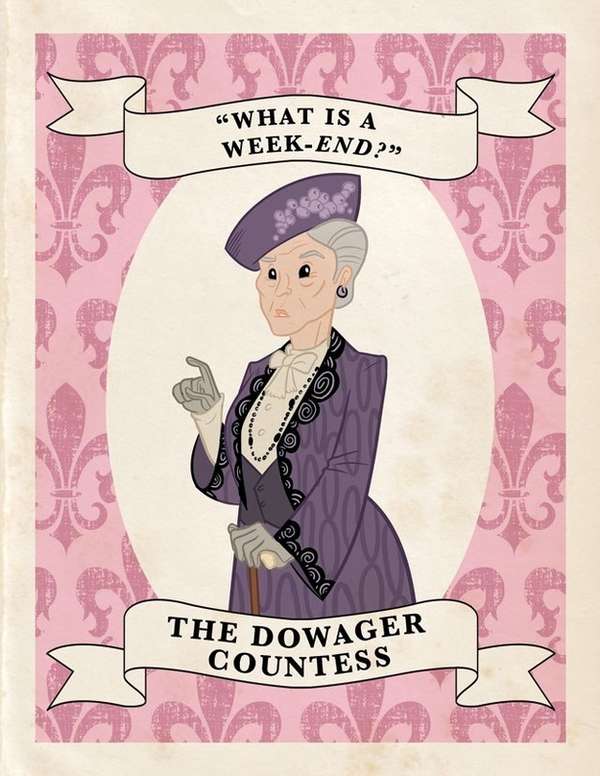 These Downton Abbey Trading Cards by Chad Thomas are Hilarious

Rebecca Byers — February 23, 2012 — Pop Culture
References: chad-thomas & buzzfeed
Share on Facebook Share on Twitter Share on LinkedIn Share on Pinterest
VanityFair.com teamed up with Dallas-based comic artist Chad Thomas to create a hilarious set of Downton Abbey trading cards. Fans of the show will love these hilarious and witty (not to mention well-designed) trading cards that poke fun at some of the show's most lovable and hated characters.

Edith, the "less fair" Dowager sister, is pictured posing with "Any takers" as a man attempts to sneak away into the distance, while Maggie Smith's Dowager Countess is pictured with her most popular (and hilarious) catchphrase, "What is a week-end?"

There are 14 Downton Abbey trading cards in all, including an Anna and Mr. Bates card that says "not the sex scene you were hoping for," as well as O'Brien, Thomas, Matthew, Mary ("Turkish delight") and Lord Grantham ("creepy Crawley").
5
Score
Popularity
Activity
Freshness
Access Advisory Services