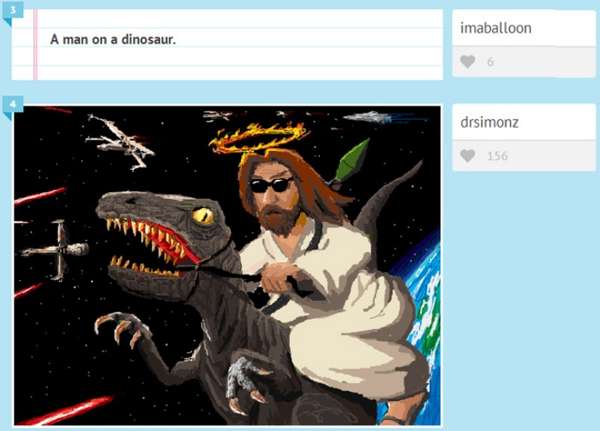 Developed by Aaron Silverman, Dylan Greene, Garrett Miller and David “Wyn” Bennett, Doodle or Die allows a more immersive experience and endless play time, unlike Draw Something. From an epic battle between a robot and a T-Rex to a a ghost stealing a bear's hat, anything is possible on this interactive website. It is also pretty impressive to see how professional some of the illustrations are.
0.6
Score
Popularity
Activity
Freshness
Attend Future Festival