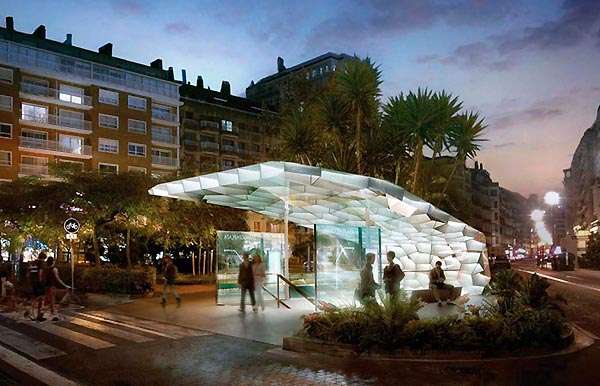 Featuring an overarching canopy shaped and sculpted like coral, this amazing subway entrance is sure to entice even those who don't typically take public transit. Its coral-like design was indeed inspired by the sea, and it is made from stainless steel with a thin sheet of glass as covering.

The design by Snøhetta was chosen as the winner of a design competition for the new Donostialdea Metro-Station entrance. According to Evolo, the goal of the project was to create an entrance that presented the notion of "openness." Snøhetta Studio achieved this by creating a continuous-looking design that has, as Evolo describes, "the design element acting as a ceiling structure at one point, and a roof sheltering the main stairs at another."
2
Score
Popularity
Activity
Freshness
View Innovation Webinars