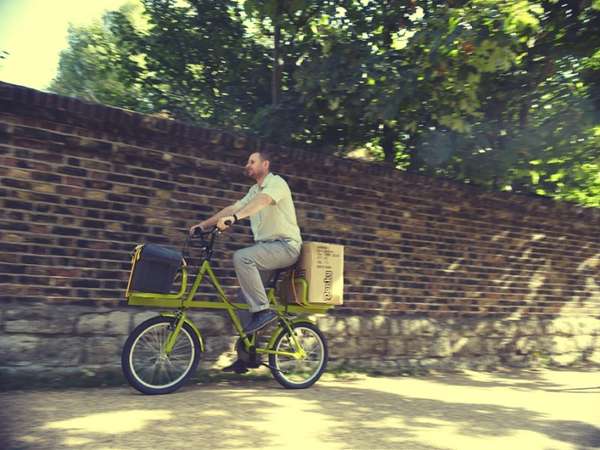 Meghan Young — November 8, 2012 — Lifestyle
References: donkybike & highsnobiety
The Donky Bike boasts two racks, one on each end, to ensure that cyclists are better equipped to carry loads instead of resorting to another form of transportation. Since cycling is becoming more and more prevalent in urban communities, solutions such as the one the Donky Bike presents are becoming more and more necessary.

Created by designer Ben Wilson, the Donky Bike is versatile and utilitarian. Specifically designed with the bustling city of London in mind, it boasts impressive handling and steering, which is especially important when riding at lower speeds while carrying around heavy cargo. Equipped with 20″ wheels and a tough steel frame, the Donky Bike is made for heavy duty trips instead of recreational rides around the city. It is available in two different colors: black and green.
2.3
Score
Popularity
Activity
Freshness