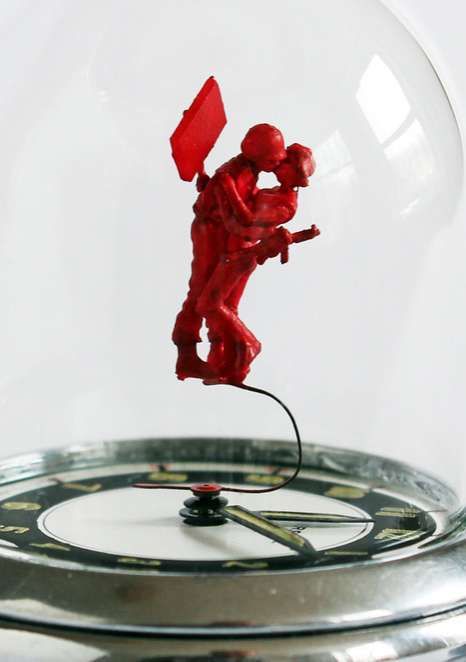 The Dominic Wilcox Watches Tell Time While Sending a Message

What makes these time tellers special is that the tiny toys tackle a different contemporary issues. Using vintage watches, Wilcox recreated various scenes like a protest and a soldier kiss. In his website, each piece has a message describing the whole scene. For example, for the soldier kiss titled Love and Protest 2011, Wilcox declares, "In these times of peaceful protest in the face of armed repression, a protester and soldier kiss."

A few of the watches by Dominic Wilcox will be exhibited at La Scatola Gallery until the 10th of January, 2012, and at the Phillips de Pury until January 31, 2012.
4
Score
Popularity
Activity
Freshness
View Innovation Webinars