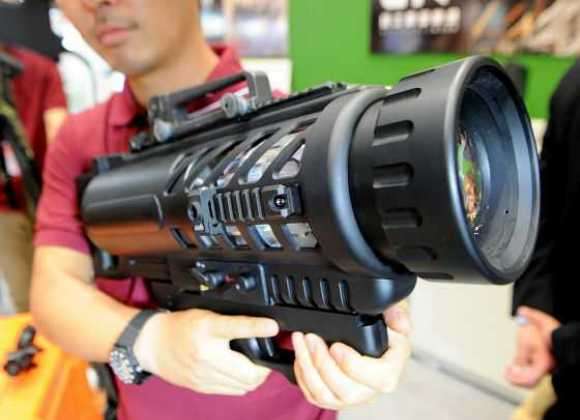 Everything on the searchlight from the non-stick shoulder grip to the on/off trigger is designed to make it look like a military grenade launcher. It even uses rechargeable batteries that pop in and out as if they were a magazine clip.

The intense light source is a power 68,000 lumen, which has roughly 30 times the brightness of a small tactical flashlight and can shine at maximum brightness for 80 minutes with a fully charged battery. Another plus is that since all the light comes from LEDs (light-emitting diodes), there's almost no heat produced because all the electrical power is converted into photons, making it less dangerous and more efficient than traditional searchlights.

Although the Dogstar portable LED searchlight is still only a prototype, the manufacturer has stated it plans to eventually release it for retail and commercial sales.
4.9
Score
Popularity
Activity
Freshness
View Innovation Webinars

Water-Powered Flashlights
The NoPoPo Mini Lantern Shines Through the Rain