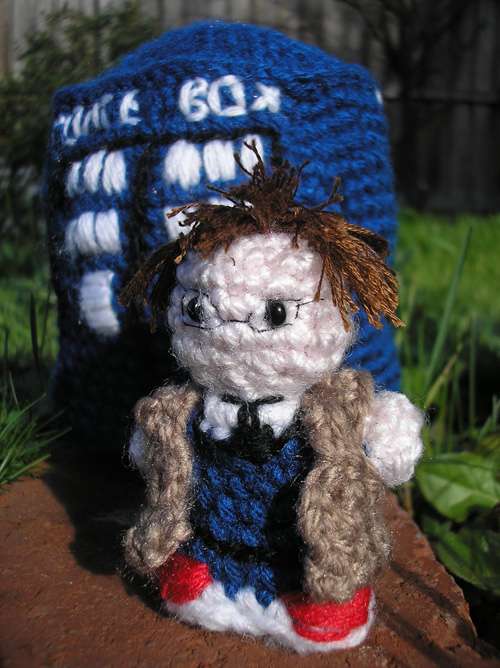 These 'Doctor Who' Crochets are Must-Haves for True Fans

David Halpert — April 13, 2011 — Pop Culture
References: flickr & buzzfeed
Share on Facebook Share on Twitter Share on LinkedIn Share on Pinterest
According to the Guinness Book of World Records, the British TV series 'Doctor Who' remains the longest running science fiction television show to date (whether it's the most popular sci-fi show is debatable among the science fiction community). What better way to inaugurate its 27th season premiere than with a collection of 'Doctor Who' crochets based on the series itself?

Maybe it's just me, but a "Tardis" doesn't look as threatening, nor a "Dalek" look quite as menacing, when fashioned completely out of yarn. In any case, with 26 seasons and 770 episodes under its belt, the program shows no signs of slowing down. And with a fan base as dedicated as this one, it's not surprising that 'Doctor Who' crochets exist.
1.6
Score
Popularity
Activity
Freshness
Attend Future Festival