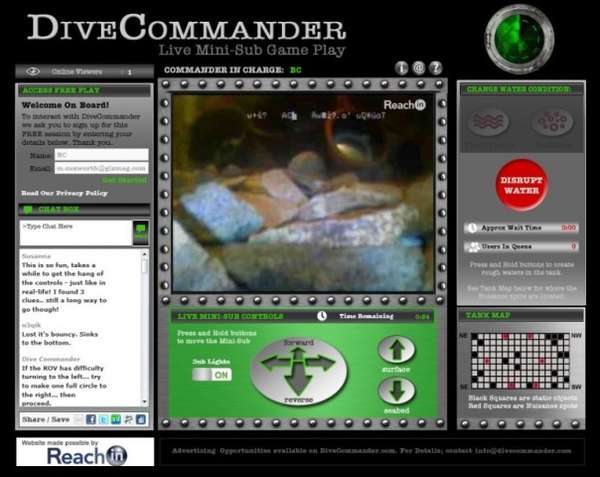 Michael Hines — June 14, 2012 — Tech
References: divecommander & gizmag
Share on Facebook Share on Twitter Share on LinkedIn Share on Pinterest
Dive Commander is a new web game that puts you in control of a miniature submarine. Unlike all other video games, the submarine that you control actually physically exists. The game was developed by ReachIn, the same company that created the game that let you play with pets in animal shelters, iPet Companion.

Dive Commander puts you in control of a small submarine in a tank filled with rocks, plants and gravel. Each player is given four clues, with the objective being to solve the mysterious sinking of a ship. The task is made harder by a second player, who can control functions within the tank such as bubble streams and strobe lights. The game is free to play for now, but ReachIn is working on rolling out a pay-to-play version.
1.1
Score
Popularity
Activity
Freshness
Attend Future Festival