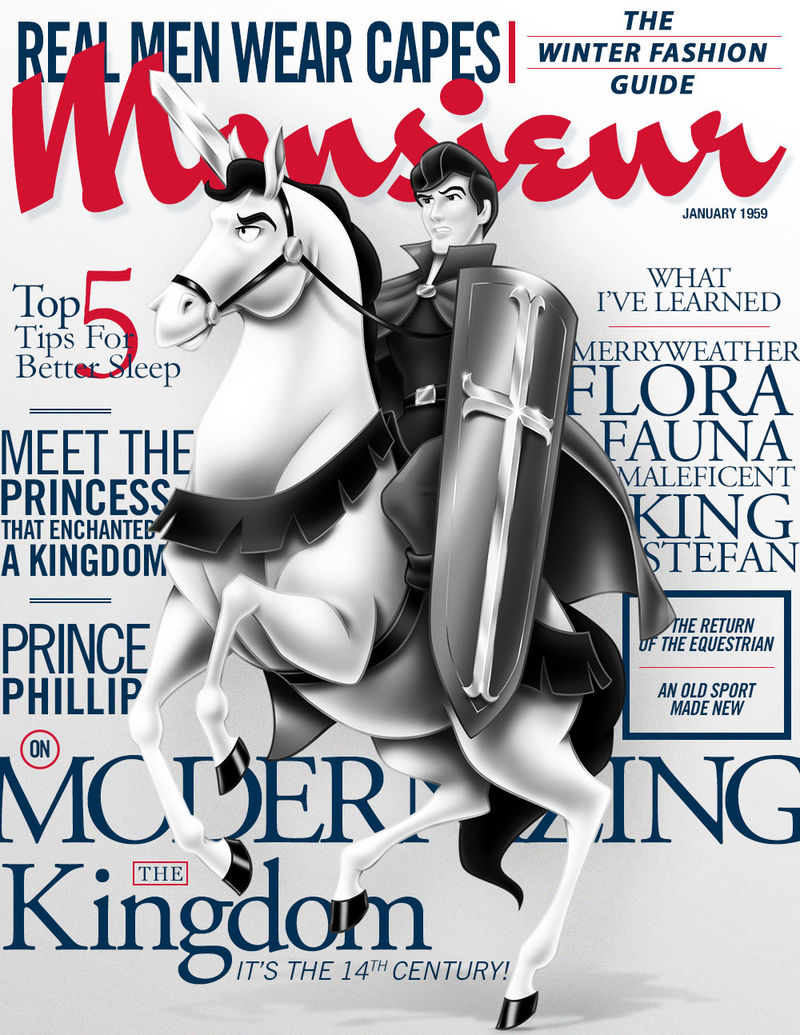 The Disney Prince magazine covers feature titles that are either outright fictitious (Kingdom & Forest) or parodies of existing magazines (Princes' Quarterly instead of Gentlemen's Quarterly). Some of the Disney Princes lucky enough to grace the cover of these magazines include: Prince Philip, Prince Naveen, Prince Charming, and Prince Eric. Eagle-eyed fans will note that the publication dates for these Disney Prince magazine covers are all over the place; those knowledgeable in all things Disney will recognize them as the premiere dates of each of the Princes' respective movies.

The fictional Disney Prince magazines offer revealing exposés about the Princes, surveys, quizzes, how tos, and more. If only they were real.
2.4
Score
Popularity
Activity
Freshness
Jeremy Gutsche Keynote Speaker