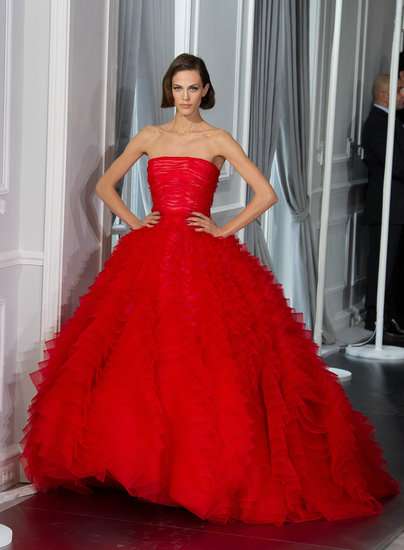 Souzan Michael — January 25, 2012 — Fashion
References: fashion.telegraph & fashionologie
After a wobbly start last summer, Bill Gaytten proves that he has what it takes to lead the Christian Dior team with the Dior Haute Couture Spring 2012 fashion show.

After legendary designer John Galliano's departure, Gaytten, who had been Galliano's right-hand man for years, took over the design team and produced some lackluster shows. However, it's impossible not to see an incredible improvement in his work with this show.

While the Dior Haute Couture Spring 2012 runway show maintains Dior's signature dramatic evening gowns, Gaytten brings something to the runway that John Galliano never did when it came to haute couture: a sense of wearability.

While these dresses are certainly dramatic and will hopefully appear on the red carpet during the Academy Awards next month, the Dior Haute Couture Spring 2012 show is also beautifully elegant and sophisticated.
6.7
Score
Popularity
Activity
Freshness