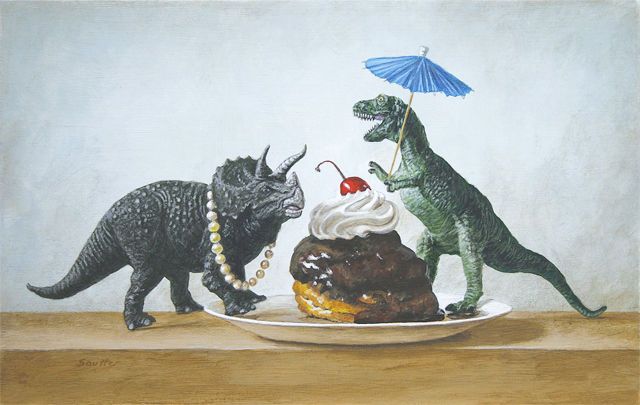 In addition to two dinos (a Tyrannosaurus Rex and a Stegosaurus), the dinosaur print depicts a party where a giraffe, and elephant-riding bunny are present. Rather than simply posing with the tea cups, the animals interact with props like a cocktail umbrellas and chocolate Easter eggs. The Stegosaurus is even wearing a pearl necklace. Another print includes a kangaroo, hippo and penguin, where as a third shows two dino pals enjoying an eclair.
2.7
Score
Popularity
Activity
Freshness
Jeremy Gutsche Keynote Speaker