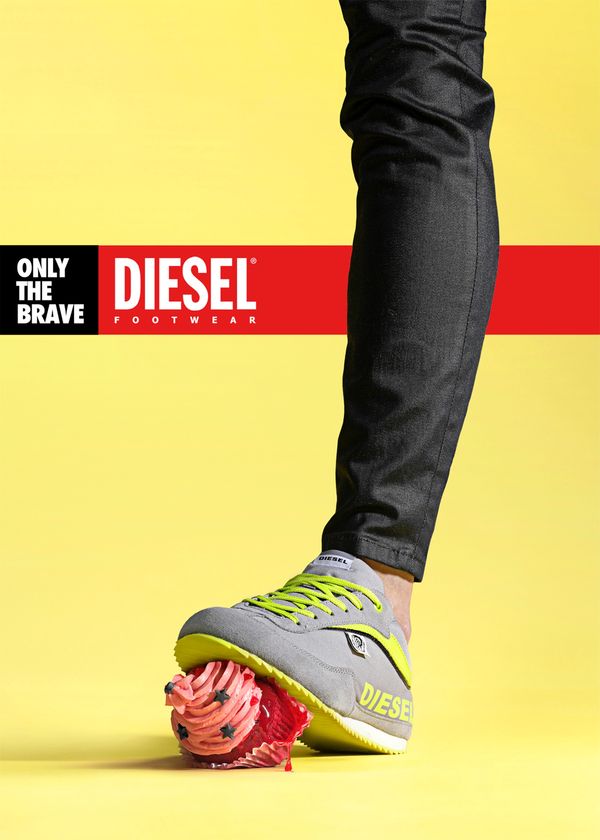 The Diesel Footwear Campaign Speaks Only to the Brave

Meghan Young — April 8, 2014 — Fashion
References: imaginarte & adeevee
Share on Facebook Share on Twitter Share on LinkedIn Share on Pinterest
The Diesel Footwear ad campaign may seem a little ambiguous to some, but there in lies the true message. While it reads, "Only the brave," the accompanying images that show people stomping on various items including eyeglasses, clocks, cupcakes and a drink, are open into interpretation. Perhaps the Diesel Footwear ad campaign is saying that it is brave to wear these shoes and start a new way of living or maybe its sending a more general message about fun.

Conceived and executed by Imaginarte, an ad agency based in Alicante, Spain, the Diesel Footwear ad campaign was art directed by Víctor Izquierdo with creative direction by Antonio Piñero. The playful images were shot in studio by photographer Jovi Fotógrafos against brightly colored backdrops to really make them pop.
4.3
Score
Popularity
Activity
Freshness
Access Advisory Services