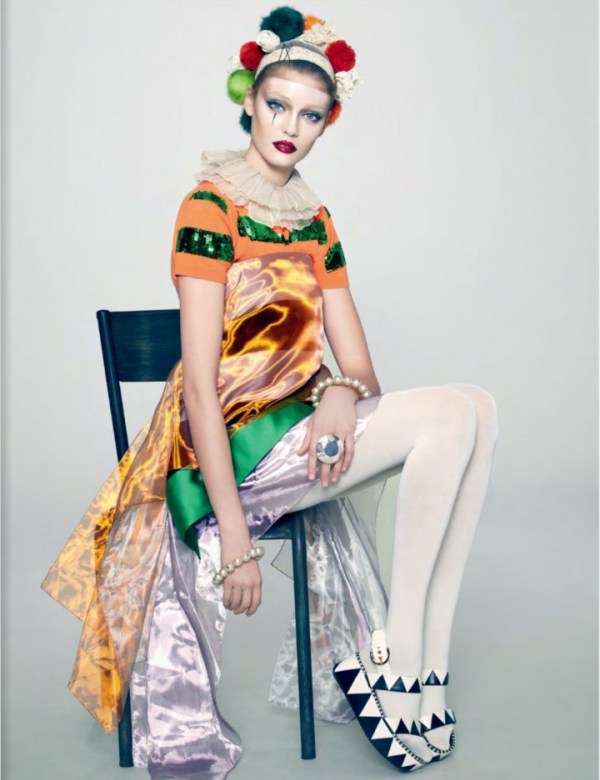 The Photoshoot Starring Diana Moldovan for Jalouse is Brightly Eccentric

Meghan Young — February 1, 2013 — Fashion
References: jalouse.fr & trendland
Share on Facebook Share on Twitter Share on LinkedIn Share on Pinterest
Never has a clown seemed so classy or exotic than model Diana Moldovan for Jalouse magazine. Appearing in the February 2013 issue of the French publication, which happens to be covered by fellow model Miranda Kerr, the Romanian beauty is decked out in an eccentric mix of clothing, which will inspire women to be more experimental with color and patterns this spring season.