The Death of Denim 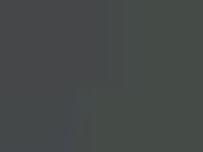 BBC Predicts that Jeans Won't be Cool in 2007

londonscout — January 20, 2007 — Fashion
References: news.bbc
Share on Facebook Share on Twitter Share on LinkedIn Share on Pinterest
According to the BBC's predictions for 2007, we can expect denim to be on the decline. The article interviews Guardian fashion writer Hadley Freeman, who notes, "A combination of customer fatigue, overexposure (not least by the Wags in Baden Baden last summer, with their seemingly requisite wardrobe of bootcut or skinny jeans) and, frankly, a lack of any new denim styles left, means jeans, while still a wardrobe basic, won't generate anywhere near the excitement that they have for the past half decade. At the end of 2006 you could already see customers and retailers experimenting with alternatives, from leggings to shorts over cashmere tights."
3.9
Score
Popularity
Activity
Freshness
Attend Future Festival