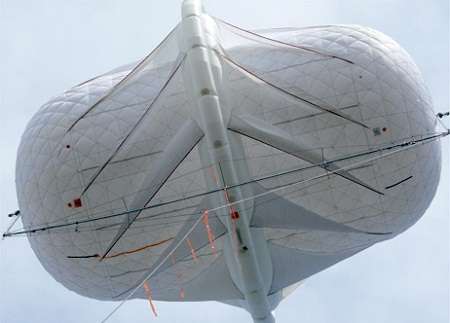 Dean Kamen Created the Segway and the New Inflatable Turbine

The Segway may not have caught on, but it did do one thing: The upright scooter forced people to reevaluate the conventional transport mediums with a more scrutinous eye. By Dean Kamen's own admission, his most recent patent won't be a game-changer, but will force onlookers to rethink energy-producing methods. The inflatable turbine is a lightweight, portable device that allows users to easily relocate it to windier areas. It also includes a marketing element -- Small LEDs powered by the turbine can broadcast messages that include words, letters and even complex symbols!

Kamen may be onto something here: maybe their lack of advertising or money-making potential has held back green technologies? Time will only tell once this device starts deploying on rooftops near you.
2.1
Score
Popularity
Activity
Freshness
Jeremy Gutsche Keynote Speaker