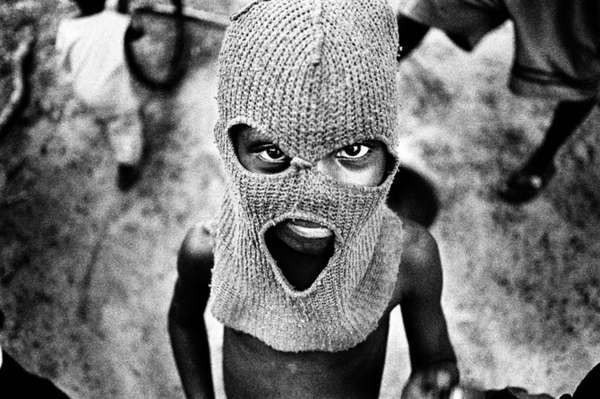 Jordy E — March 29, 2012 — Tech
References: prospektphoto.net & vice
Share on Facebook Share on Twitter Share on LinkedIn Share on Pinterest
Photographer Kim Thue’s ‘Dead Traffic’ compendium comprises the sum of a three-year-long stay in the slums of Sierra Leone. Without any specific mandate or goal, Thue enmeshed himself in the heart of Freetown society, and even acquired the nickname of ‘The Notorious K.I.M.’ within the region. Evidently, he made a memorable impression upon the people.

The Dead Traffic series is a compilation of moving slum imagery. While some of the pictures are truly disconcerting, others reveal the type of jovial activity that is expected of any average community. In effect, the range of stories told by the photos confirm the age old theory that pictures really do tell a thousand words.

Thue will be celebrating the release of Dead Traffic this week at Hamburg’s Freelens Gallery, a choice that resonates well with the photographer’s Danish roots. Given his popularity among the Freetown locals, he is bound to put on a remarkable book launch.