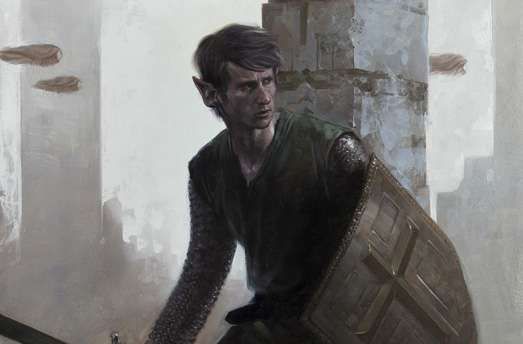 Jason Soy — March 22, 2012 — Tech
References: davepalumbo.deviantart & artforadults.tumblr
Share on Facebook Share on Twitter Share on LinkedIn Share on Pinterest
Fanart for Legend of Zelda’s Link isn’t something new to the Internet, but few artists have rendered the adventure game’s leading man in a manner like Dave Palumbo. A masterful painter, Palumbo has chosen to make Link more realistic compared to his usual cartoony incarnations, and the resulting images are worthy of gallery exhibitions. Not only is Palumbo faithful to the Zelda franchise, incorporating elements that make it painfully obvious he’s depicting Link, but his high-caliber fantasy illustration style really does justice to Nintendo’s epic saga.

Among the changes Dave Palumbo has made to his version of Link is the removal of his signature green hat, giving the hero a more realistic haircut rather than his usual effeminate locks, aging the adventurer to look like he’s in his mid-20s and depicting him with more rugged features to show that elves can be just as manly as anyone else.