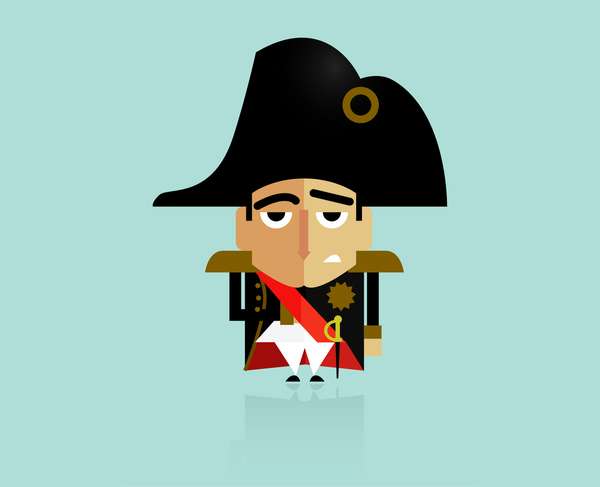 Josh Triantafilou — May 16, 2012 — Pop Culture
References: imaflanagan & characterdesignserved
History offers a deep well of inspiration to draw, as does contemporary popular culture; this is something that Dave Flanagan knows well, judging by his work.

Napoleon Bonaparte conquered almost all of 19th century Europe. Throughout the continent, he instituted the Napoleonic code -- a legal system that still informs the laws of many European countries today. After he was finally defeated by a coalition of great powers he was exiled to St. Helena, a remote island in the middle of the Atlantic ocean. It took thousands of kilometers of water and the eyes of the British navy to keep him contained.

Yet in Flanagan's illustrations, the venerable general and emperor looks like a Saturday morning cartoon about to topple over from the weight of his own head.
3.1
Score
Popularity
Activity
Freshness