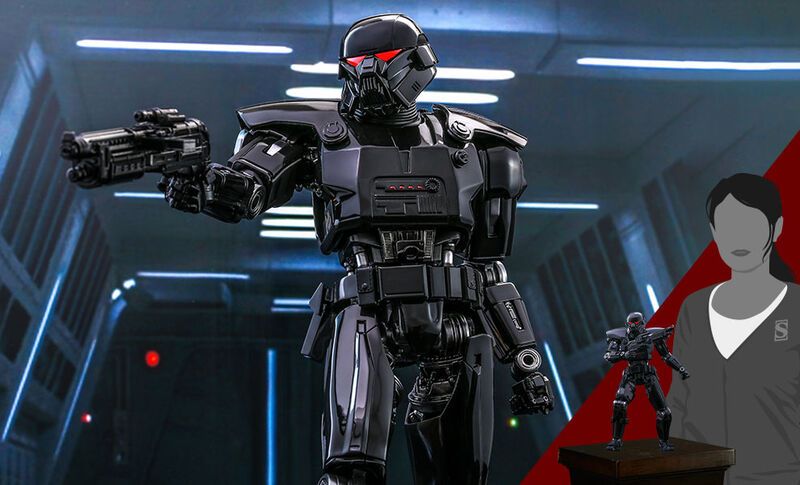 Hot Toys Made the Dark Trooper in Honor of 'The Mandalorian'

The collectible figure is designed to be as accurate to the film's portrayal as possible, with a carefully constructed helmet that includes a red LED light that can be turned on and off, a detailed blaster rifle, shiny all-black armor, and a newly developed body that can be adjusted to showcase different poses with over 25 points of articulation. The figure also comes with six interchangeable hands to further enhance its authenticity.

The 12.8" collectible is presented on a figure stand that includes the official Star Wars logo and a character nameplate, making it a great addition to any serious Star Wars fan's collection.