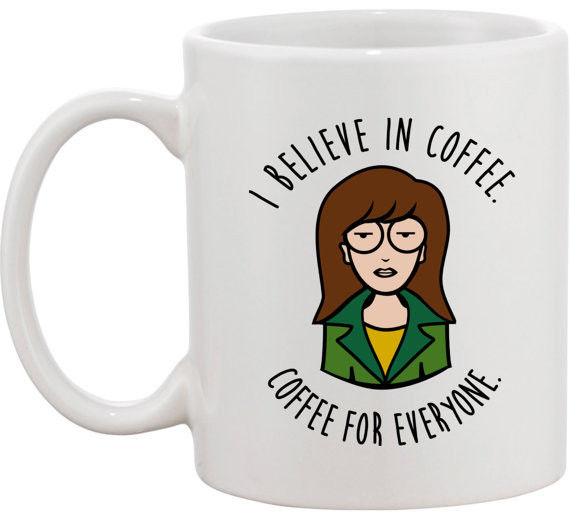 This Daria Mug Believes in the Power of Coffee

Daria Morgendorffer, the show's title character, was known for being highly intelligent and slightly misanthropic, a quality which becomes almost endearing thanks to her quick, acerbic wit. The show follows Daria as she navigates high school life in the fictional suburban town of Lawndale. Her astute, satirical observations about everything from her bonehead peers to the patriarchy made the series, a spin-off of Beavis and Butthead, an instant success which ran for five seasons and was eventually developed into a two TV movies.

Jaded cynicism and coffee go hand-in-hand, so it only makes sense that Daria's face appears on a coffee mug with the phrase, "I Believe in Coffee. Coffee for Everyone."