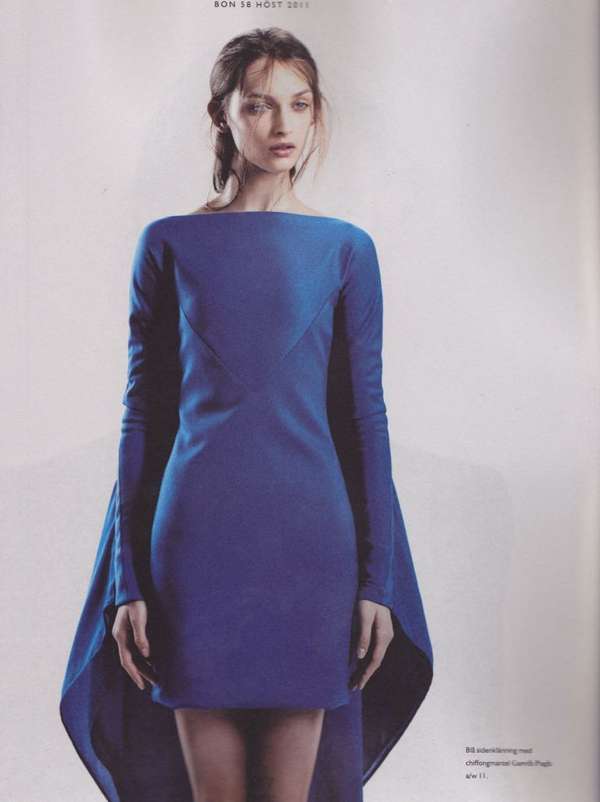 The model is photographed by Aitken Jolly in a campaign called Gareth Pugh, after the designer whose Fall 2011 collection Ziober is wearing, looking disheveled, yet simply stunning. Only a model could pull off such a look and emerge looking effortlessly chic, whereas the rest of the world would surely look messy and poorly put together.

The Daga Ziober Gareth Pugh editorial spread features Pugh's bold-colored designs, and some unconventional silhouettes, which is what the talented, yet controversial English designer (now based out of Paris) is most well known for.
4.2
Score
Popularity
Activity
Freshness