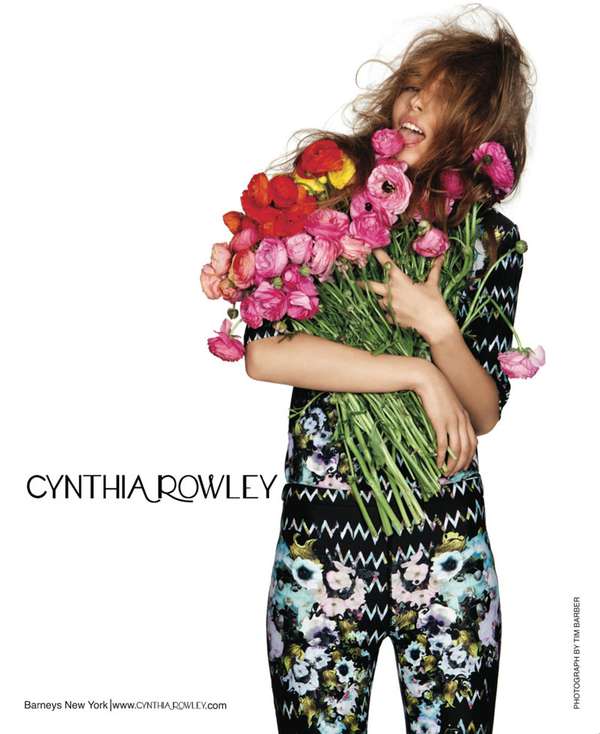 Meghan Young — April 15, 2012 — Fashion
References: cynthiarowley & fashiongonerogue
Share on Facebook Share on Twitter Share on LinkedIn Share on Pinterest
At times, floral prints and patterns look good enough to eat, which is why the Cynthia Rowley Spring 2012 print ad is not so strange. Model Kristina Kulyk finds her floral obsession so appetizing, she can't help but lick the bouquet of flowers cradled in her arms. Granted, the smell of the roses are probably even more irresistible than the look of the outfits.

The Cynthia Rowley Spring 2012 print ad was shot by Tim Barber, a photographer, curator and designer based in New York City. The campaign, which will make its debut in the summer issue of T Magazine, beautifully captures the essence of the season. Fun, playful and flirty, the brunette beauty channels her inner feminine wiles. Her look was perfected with tousled hair by Dennis Lanni and makeup by Natasha Smee.
4.7
Score
Popularity
Activity
Freshness
Get Better and Faster