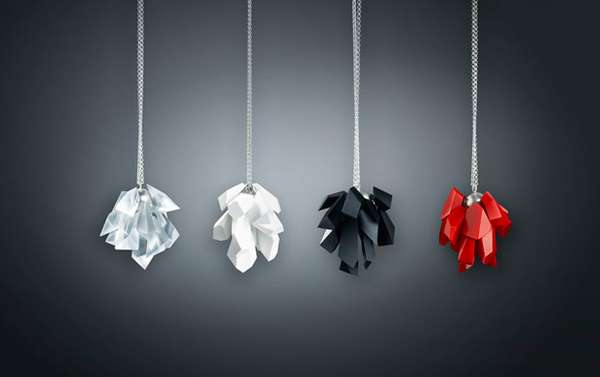 The new line was inspired by the future and the idea that cities will grow like crystals. As Design East describes, Richterová's idea of future cities is that they are mobile and changeable. In fact, the cities will be space ships that come together to form chains and rings, growing or falling apart according to changes in the environment.

As odd as this may sound, you just have to take one look at the Crystal Cities collection to appreciate how Richterová has transformed a somewhat bizarre concept into stunning pendants, bracelets and rings. Contemporary and imaginatively edge, the Crystal Cities collection is based on clusters of crystals in white, black and red as the focal point of each piece.
4.8
Score
Popularity
Activity
Freshness
Jeremy Gutsche Keynote Speaker