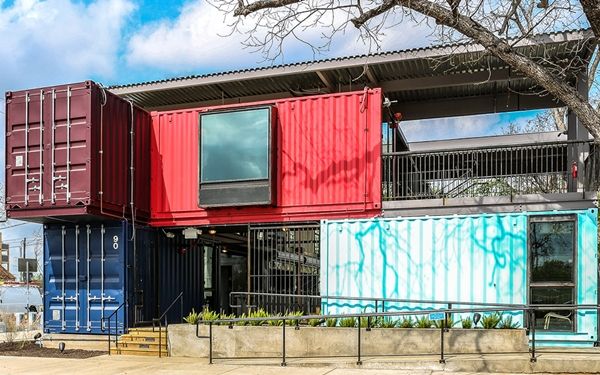 The bar was simplistically crafted, but took three years to complete and is only 2,115-square-feet. It is a geometrical architecture that boasts both indoor and outdoor areas, such as it's cold box, a courtyard and numerous balconies. In addition, little to no changes were made to the shipping containers, other than the installation of windows and doors.

The bar is also portable; it can be easily disassembled and re-stacked in another location. It's currently located in Austin, Texas.
5.2
Score
Popularity
Activity
Freshness
Get Better and Faster