Naomi Hirabayashi, Director of Marketing at Do Something (INTERVIEW)

Nikhil Arora, Co-Founder of Back to the Roots (INTERVIEW) 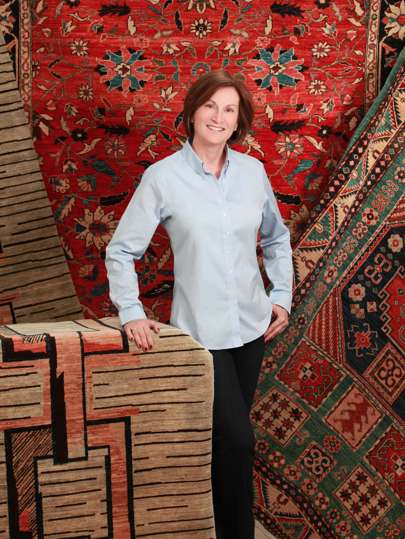 Offering Employment to Weavers in Afghanistan

We recently did a Social Business profile piece on ARZU, and today we're taking the opportunity to learn more about its founder -- where her idea came from, why she decided to enter the social enterprise sector, and how Connie manages to stay inspired throughout the journey. The gallery includes photos of Connie, including images from her first trip to Afghanistan.


1. How did the idea for the business model come about?
We each see the world through the lens of our own experience--mine happens to be business. To me, the road to peace and prosperity starts with a job. From the outset, I founded ARZU specifically as a social business with a simple objective: to employ as many women as possible, doing culturally acceptable work, on a sustainable basis. Rug weaving was about the only industry that fit -- it's traditional, labor-intensive work that can be done in a woman's home. But, from the beginning, we set out to make these jobs fair-labor and child-labor free, in an industry that is not far behind global trafficking in its exploitation of women and children.


2. How did you decide to join this sector?
I landed in Kabul, Afghanistan in 2003 for the first time. Though I didn't know it at the time, this would be my first step on what would become an almost decade-long journey to understand why solutions to extreme global poverty and her twin brother, war, remain so elusive, despite millions of good intentions and billions of dollars. In an ever-flattening world with virtually instantaneous communication, it is no longer possible to camouflage and ignore the vast economic disparities between the haves and the have-nots, which I believe are the root of global conflict.

I don’t think of the wealth pyramid in the traditional sense with the vast base of the pyramid. Rather, I see this pyramid inverted, with the massive base of billions of the poor unstably balanced on the increasingly unsustainable pinnacle of the developed world. Economically empowering women, so often kept in the cellar of this pyramid, is simply critical to the world’s future prosperity and possibilities for peace.


3. How do you get your inspiration?
My instructors and my inspiration are the Afghan women themselves. My work with ARZU has simply confirmed what I have long believed to be true—that what women have in common outweighs the individual differences of religion, culture and geography. Motherhood creates a universal hope that one’s children will grow up educated, in safety, in good health with adequate nutrition and medical care, and with economic opportunities to support themselves and their families. Afghan women have suffered unspeakable tragedies. Even today, a quarter of Afghan children die before their fifth birthday. Afghanistan was named the world's worst place to be a woman, in the 2011 Thompson Reuters Foundation survey. Yet, a simple job can change that reality.


4. How do you reset yourself to be creative? Do you have any rituals?
For me, my most productive and creative time is early in the morning. I make my tea, look out the window and listen to the quiet for just a few minutes. That's when new ideas seem to show themselves. Then, I sit down and get to work. When I feel drained, I step away, go for a walk, go to the gym to reset my energy level. When I'm really feeling overworked or stressed, all I have to do is read some of the life stories of ARZU's weavers to realize my problems are insignificant by comparison.
2.8
Score
Popularity
Activity
Freshness
View Innovation Webinars

Eric Cope, Founder of Smile Squared (INTERVIEW)
One for One Toothbrushes